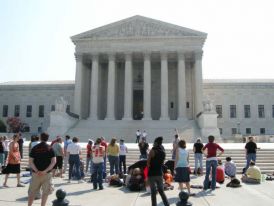 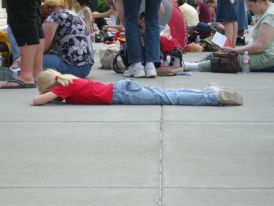 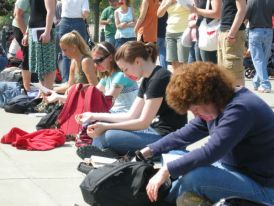 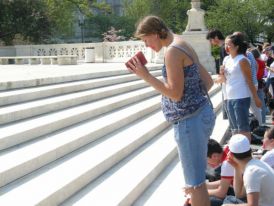 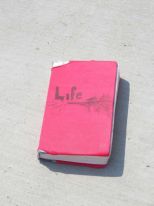 When Silence Speaks Louder Than Words  | By Fran Fernandez

The Supreme Court in Washington D.C. was closed on Saturday April 26th.

However, petitions were filed.  At the steps stood a wall of people presenting appeals to the open Court of Heaven. Not a protest, but a silent prayer siege to the Judge of all the earth on behalf of the aborted/murdered unborn of our nation.

Fifty million babies’ voices are forever silenced.  However, as the tee shirt of a praying teenager proclaimed:

Over 6,000 people with red taped mouths, the word LIFE boldly written across, carried out this commission across the nation at each state’s supreme court.  Many under thirty, they stood shoulder to shoulder, heart to heart, beseeching God for an end of the blood bath that has soaked our land since the 1973 Roe versus Wade decision.

If the blood of Abel cried out to God—how loud does the blood of fifty million babies shout to heaven for a hearing?

For seven hours an impassioned people, faces at times streaked with tears —were as one. The young, the old,  black, Asian, Hispanic, white—boldly entered the throne room of grace on behalf of a lost generation.

The silent, private prayer was occasionally interspersed with heavenly praise, and corporate prayers—birthed from a common heart beat—to seek God to bring an end to the slaughter of innocent babies, and to heal our nation.

It’s been said that America has filled her bathtub with the blood of these unborn babies—and the faucet is still running strong with blood. It’s only God that provides a temporary safety overflow by His grace, and that we have not yet been required to pay the price for this abomination. The pleas arose to heaven for God to pull the plug in this tub of blood—and to cleanse our land with His divine sponge of mercy.

Lou Engle the founder of this prayer movement received a mandate from God while reading a biography on William Wilberforce, the slave trade reformer of England.  Lou was overcome by God’s presence and heard His undeniable mission, “Raise up a prayer movement to end abortion in America!”

With fifty young people, Lou Engle began Bound4Life ministry to stand in the gap, and make up a wall of pray to end abortion.  Everyday since, there’s been a determined remnant at the Supreme Court. Be it rain, blizzard or scorching heat, they have never abandoned God’s call—nor will they—until  judges reverse this death decree.

In Washington D.C., with high humidity and temperatures, the faithful drank water, covered themselves with sunscreen, umbrellas and hats, and joined Lou on the wall.  Cindy Jacobs, (Generals International Prayer Ministry) zealously, and prophetically, led in a corporate prayer time. Cindy cried to God for righteousness and justice to come again to America.  She pleaded for God to pass over the blood as He did with the Israelites.

Eduardo Verastegui, the Latin star/producer of Bella, (pro life movie) also came and prayed. Not everyone may have understood Eduardo’s prayer in Spanish, but the fervor, and spirit spoke loud and clear.

With a solemn closure, people raised voices and hands in praise to heaven, asking God for forgiveness,  and for mercy for themselves, and this nation. A holy silence prevailed as bread and juice were passed in remembrance of the broken body and blood of the Lord Jesus Christ—the hope of America.

On April 26th 2008, from the steps of the highest courts of this land—God’s people appealed to the Supreme Court of Heaven for the blood of His son Jesus Christ to wash away the blood of these fifty million babies, and revival us again.

This day, these prayers, these sacrifices of love—will not be in vain!

Fran Fernandez is the pastor of Prince of Peace Church in Seaford, New York.  She is an author, pastor and speaker. Her book, The Best is Yet to Come, has been released by Zondervan Publishers. She will be releasing her first children’s book, I’m Bored! this summer. You can contact her at franfernandez378@gmail.com.