From the beginning of time God has spoken. He has revealed Himself through His creation, and through His living word–the Bible.

Question: Darwin said that world came from a big bang of some sort, and man evolved from an amoeba. The Bible says that God created the world and man. What’s the difference which one we believe?

Answer: While it might not seem to make much difference which one we believe, there is a HUGE difference. If we believe that we evolved from monkeys and amoebas – that’s not too much of a heritage to live up to. It puts mankind (you and me) in a category with fish, snakes and every other animal good or bad.

Besides the point, I could never figure out how through millions  of years we evolved from an amoeba to a human, and if so, why do we still have all in between animals etc.  And if the world came from an explosion of sorts, where did the things that exploded come from?

The thinking behind the big bang, and evolution theory is that no one is control. It all just happened accidentally or randomly. There is no God, the Grand Designer behind this magnificent world and human race. There is no God who created and sustains it all, and no God to whom we must give an account. Life is all about man and what we can or cannot do. We are our own god.

If we humans came from sludge; there is no high call on a by-product of sludge—and no good end for a product of sludge. Life can tend to be cheap and disposable because we are a mere animal. However, we are made in the image of our Creator God. He loves us and has a good plan for our life.  We are fearfully and beautifully made (Psalm 139) to know and glorify Him forever. We are His most special and highest creation. When the world and everything else (except man) was created, He said it was good. It was only when He had created mankind that He said,  “indeed, it was very good!” (Genesis 1:31).

We not only have a God who created this world and us – but a God who wants us to know Him and live with Him forever (John 3:16). 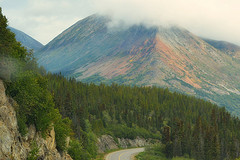 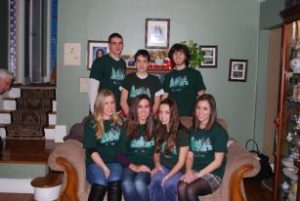